It's Been Awhile Plus an Overdue Thanks 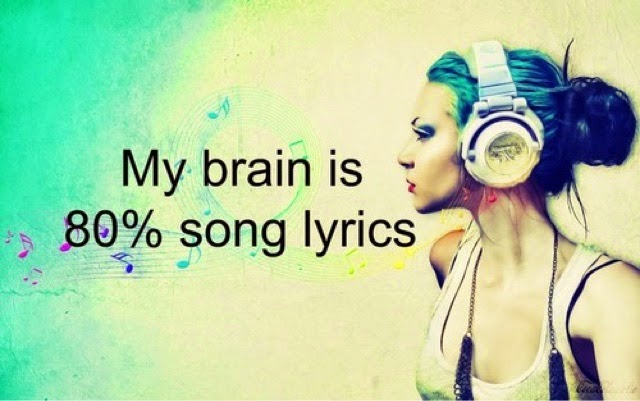 It's been awhile since I've blogged, worked out or done a Weigh-In Wednesday. I'm not going to even attempt to catch my blogging world up; but I'll come in as I can from more recent times.

It's two weeks since my stitches were removed. It's been WAY longer than that since I blogged (like back in February); so I thought hey, why not blog about this. I just have way more to say about this than is appropriate for Facebook, Instagram, & Twitter.

So, back to topic....it's been 2 weeks since my stitches were removed & I found 1 sticking out of my chin Wednesday morning. It kindof made me giggle. 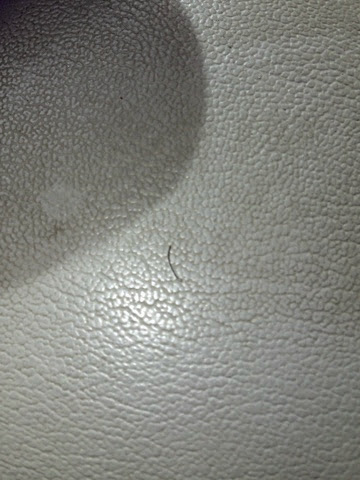 Yes, they were the size of an eyelash....which is why it's easy to understand how a couple were missed. I had 6 stitches on the inside of my busted chin & 15 on the outside. And how did I end up with a busted chin, you might ask. Well, I'm here to tell you the detailed story.

Monday or Tuesday 4 weeks ago, I pulled a muscle in my back between my shoulder blades while I was working out. I've pulled a muscle before, so I knew I didn't need to aggravate it any more. I took the rest of the week off from working out & took it as easy as I could with all of our usual activities. But by Sunday night, I was having a hard time even hugging the girls, walking around, & my back couldn't be touched. So I decided it was time to go see my doctor's office Monday morning to get some sort of relief.

After the initial "What are you here for" conversation, a thorough exam was done......which means said pulled muscle had to be pushed on. Keep in mind I couldn't even stand for someone to touch my back. So when the muscle was pushed on, it cause EXCRUCIATING pain to hit me (like want to jump out of my skin it hurt so bad). It was determined that I in fact had a pulled muscle & needed 2 shots (high dose steroid & Hugh dose anti-inflammatory) along with some meds to take at home (same dance, same song as the last time I pulled a muscle & it all worked so I was fine with our plan of action). So the nurse left the room to get the shots.

I was sitting there on the exam table, alone, & felt it....I was either about to throw up or pass out. I tried calling the nurses name; & that's the last thing I remember. When I came to, not only was my back killing me, but my chin & jaw were too & I was laying in blood. So I told them they needed to call hubs & rattled off the number. To which the nurse said to me "there you are, we're on it" & "cancel the ambulance" to someone that was behind me. Then she said "if you wanted to do the exam on the floor, you should have just told me".

I had passed out right after I DID faintly call the nurse's name. She said she thought she heard her name, so she turned around just in time to see me fall off the exam table I was sitting on to hit my chest on the floor first, then I WACKED my chin, busting it WIDE open almost down to the bone. You know how a watermelon explodes if you drop it on the ground or floor??? That's what hubs said my chin looked like....earning me my 1st set of stitches in my 33 years of life.

The impact of hitting my chin also damaged the muscles & ligaments in my jaws (more on the right side than the left). It was SEVERAL days before my teeth on the left side would touch, a SOLID week before I could eat anything more than soup or mashed potatoes, a week & a half before I wouldn't wake up in pain if I laid on the right side of my face, & almost 2 weeks before all of my teeth could touch. I am still having a little trouble eating on my right side & it STILL hurts to yawn...yes, 4 weeks later; but ligaments take some time to heal. That 1st week of medicine & no solid foods was CRAZY with the meds!!! My sleep was all kinds of crazy off.

But you know what????? God brought me through it! He protected me from all of this being A LOT worse! I could have broken any number of bones (arm, neck, etc); but God protected me. He brought me through it was lots & lots of help & encouragement from family & friends. I did not, I repeat did not want the picture in the center of this collage taken AND posted on my Facebook page!!! 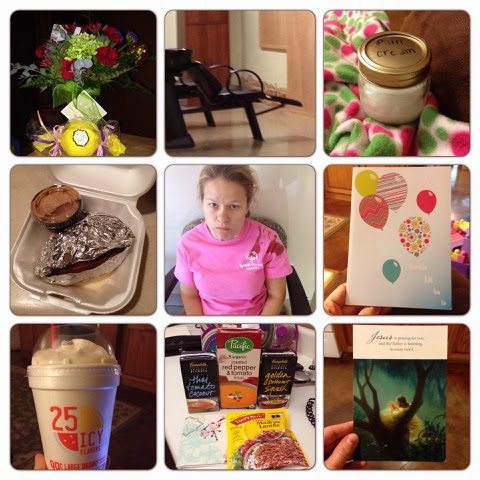 But hubs did it anyway. As I was fussing, he said: you pray for other people all the time, you need prayer & I'm going to make sure you get it! All along the way when I would get down, I would get a text or private message from someone saying they were praying for me. I want to say THANK YOU! The hubs & my mother-in-love also helped with getting the girls to & from where they needed to be before our Competition BBQ Team left to go to a competition. My awesome parents showed up as planned to take care of the girls; but really did an amazing job taking care of the girls & myself while I couldn't do much. They prepared meals, fed the girls, got them to where they needed to be, we're there with me. I also got a front row seat to watching their bond with the girls & I LOVED every minute of it!!!! To the hubs, my parents, & my mother-in-love: a special THANK YOU!

I also had sweet, sweet friends send/get me stuff & do things for me. One brought me flowers & a relaxing ball you drop in a tub of warm bath water. My sweet friend & hairdresser washed the blood out of my hair (it takes a special person to be willing to do that). Another sweet friend brought me some pain cream for my pulled muscle. Another, who's the manager of a local restaurant, sent me home a baked sweet potato.  Hubs & my parents were also milkshake go-getters every time I wanted one (given I couldn't eat anything solid, this was helpful!). Another sweet friend brought me some liquid diet friendly foods & an encouraging card. And two others sent me encouraging cards. To each of these sweet friends: a HUGE THANK YOU!

WOW; I forgot how much I LOVED blogging.....even though it took me a while to actually get this one done & published.