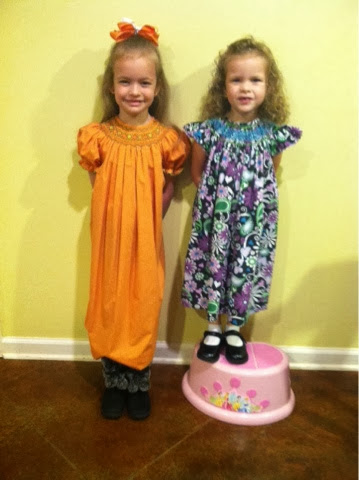 Tuesday was a full day; but there were plenty of blessings to enjoy.
FLASHBACK: At the end of August, Jamie fell not once, but twice on the same day. 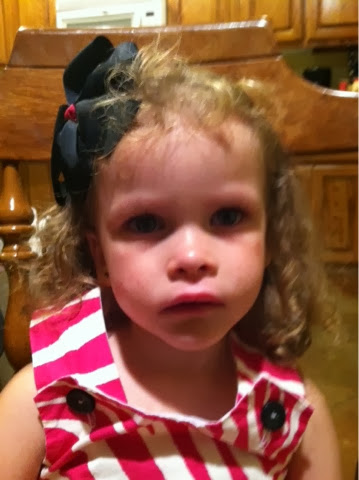 She fell once at school & the second time later that night at church. Her poor lip was swollen & her 2 front teeth wiggled. We took her to the dentist & were warned that the teeth would probably discolor & to just keep an eye on her. If in a week or so she never complained, not to worry about it. One of the teeth gets a little darker each week & Jamie hasn't used one it to bite down on anything since she fell. When you push it a little & sometimes when I brush it, she complains of pain. Since the hubs had a dentist appointment last week, he talked to them about it & an appointment was scheduled for Tuesday.
BACK TO TUESDAY/YESTERDAY: I got her up early & after we dropped Kayla off at school, to the dentist we went. 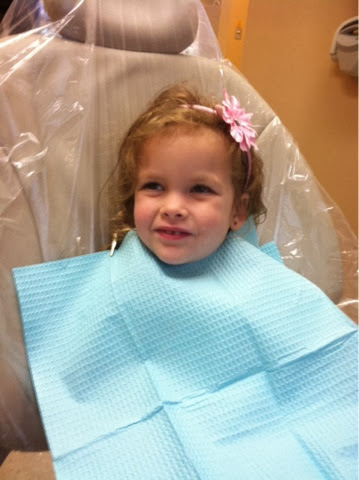 She looked so tiny in that bib & the chair. But she was a happy girl. 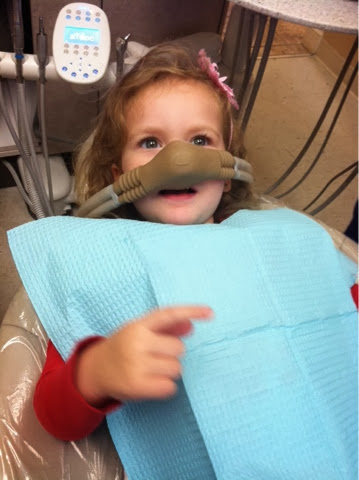 This was Jamie on Happy Gas.....oh how I SOOOOO wish we would have videoed this cause it was very, very, VERY entertaining! 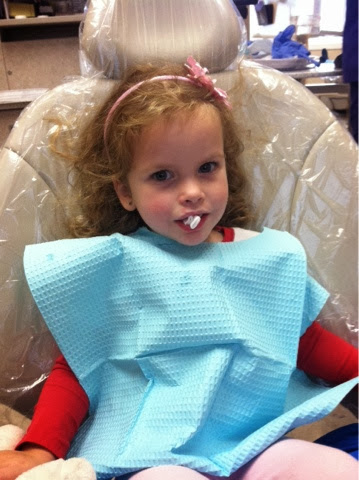 The only time the child fussed was when they put the 1st shot in her mouth, which she never saw the needle (they had her closer her eyes & that big mask on her nose covered up if she were trying to peek through cracks in her eyelids. They told her it would feel like a mosquito bite & they were just putting a marker in her mouth. And this fussing did not last long at all. She was such a brave little girl!!!! 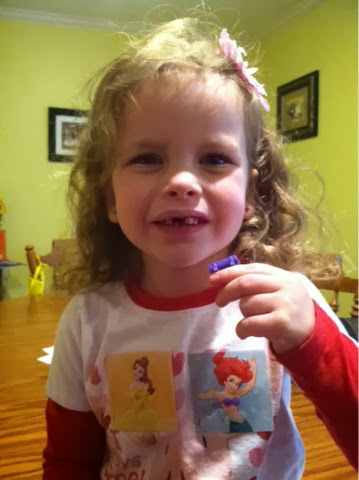 She was excited to get a purple treasure box for her tooth. And yes, she put it under her pillow for the tooth fairy.....more on that when I do my Wednesday Blessings post tomorrow. So my little 3-year-old curly-haired monkey princess can now add snaggle-tooth to her list of nicknames...for the next few years. Although the only one of those nicknames she likes is Princess & if you call her any other the others, she quickly tells you I'm just a Princess.
After we got home from work & school, it was just a chill & relax night that included Casper.

What were the blessings from your Tuesday????