As many of you know (from following me on Facebook), the Ghost River Smoke-A-Holics competed in TWO BBQ Competitions this past week/weekend. We left Wednesday, October 3, & came home Monday, October 8. 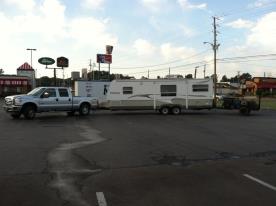 That's what the Reeves' hook-up looked like.
Two of our non-Reeves team memebers (Phil & Janie Grady) joined up with us on the journey, but I forgot to get a picture of their hook-up....blame it on my brain freeze from the cold temperatures (more on that later). 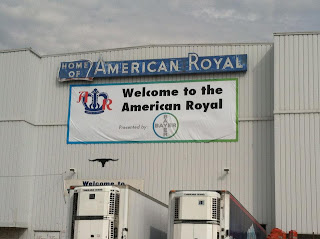 Just pulling up was SO exciting! 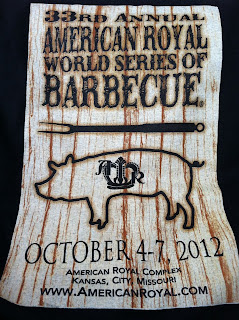 Anyone who KNOWS me knows I like to get my t-shirts from places & activities we go to. This is the front of the shirt I got. It looks MUCH better than the one from 2 years ago when we competed in the American Royal.....that shirt had some scary looking man's face on it & they were GIVING (not selling) them away cause NO ONE wanted to buy them. I do not wear that shirt out in public unless we've been working outside. 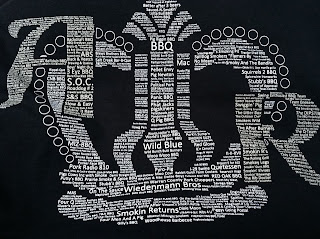 This is the back of the shirt. ALL 545 teams that competed have their names on it. Our name (Ghost River Smoke-A-Holics) is on the bottom, third row up, far right.
We took some Cruzin Coolers with us to use & sell. 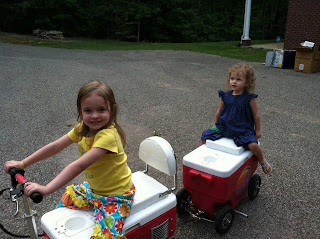 The girls HAD to try out one of them before we ever left. They LOVED it & Kayla has ALREADY asked if they can ride it again (she even had her Daddy write it on her calendar). 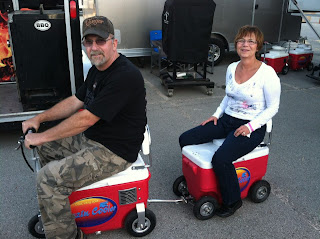 Phil & Janie took the Cruzin Coolers for a spin. 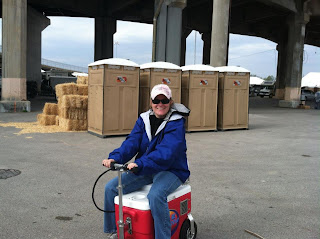 This was the one & ONLY time I actually drove one. This picture was taken about 10 minutes before I FLIPPED that cooler. I was going fast TRYING to catch up with someone & the wheel wobbled. Instead of coming off the gas, I kept it going & flipped right over the handlebars & cooler flipped on top of me. I rode on a pull-along the rest of the time.
Like I said, there were TWO competitions....the Invitational-Only on Saturday & the Open on Sunday. In the Invitational-Only, our best results were 23rd out of 154 teams....but that's 154 of THE BEST Kansas City Style Barbecue Cooking Teams around the United States. You HAVE to have won a Grand Championship at a local contest in order to be invited. In the Open, we placed 198 out of 545 Teams.....folks, do NOT be upset or think that we are because that is within the TOP 36-37%; which I think is AWESOME for a team that only competes in 4-6 contests in an entire year! 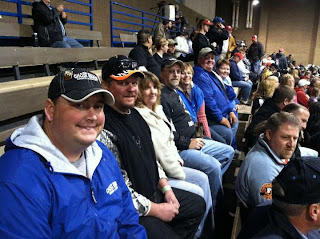 Here are some of us at the Awards! Pictured left to right: Greg Reeves, Gary & Sharon Shoop (our friends/hunting buddies from MO came to help us Friday & Saturday), Phil & Janie Grady, & Ricky & Debbie Reeves.
Like I said, we had some COLD temperatures while we were there. My favorite seasons are spring & summer, but I do NOT mind cooler weather....it means football, bonfires, & hunting. HOWEVER, I like to have an adjustment period to ease my body/system into it. We went from 75-80 degree temps to 32-50. My system was SHOCKED! 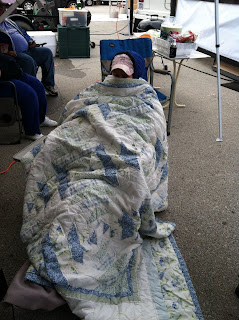 Here I am ALL bundled up! For all of you who do follow me; sorry for ANY complaining I did! Sunday was MUCH better because the sun came out, giving me some MUCH needed vitamin D & a little warmer temps!
As I mentioned, we competed in TWO competitions...which results in a few sleepless nights, leading to being tired. 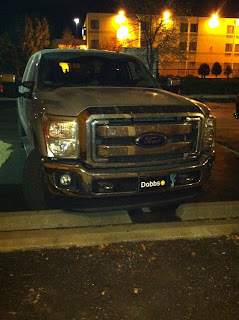 Greg decided parking straight within the lines was a little over-rated on the last night we were there.
Overall, it was a good trip & we had fun! It was great to see some friends we had not seen in a while (buddies from Optometry School with their families & hunting buddies with their families & friends who have moved away) PLUS we met some really great new friends while we were there.
Posted by A Sunshine Day at 12:54 PM