I know I've blogged it before: Song lyrics constantly pop in my head when someone says something or when I think about certain things. Well, this is no different. 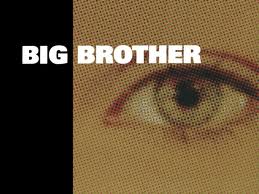 The lyrics "I always feel like somebody's watching me" by Michael Jackson came popped right into my head the minute I saw this box: 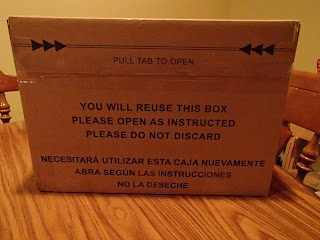 I'm having to wear a heart monitor 24/7 (except when bathing/showering) for the next 30 days. So no one is really "watching" me...but my heart is being monitored.
A little back story: when I was in Junior High School, I had problems passing out when I would run track. Some test were run, it was discovered I was having just a little tachycardia, & I was told to stop running track & it would probably never happen again. So I quit track & had no more problems.
Well, until back in September, I had what I was referring to as an episode: my heart went from beating normally to RACING & feeling like it was going to beat out of my chest & I felt like I was going to pass out. This lasted for 45 seconds to 1 minute. I have NO CLUE what triggered it cause I was literally standing still. Then it regulated & I felt extreme fatigue & my chest was aching like I had run a TON as fast as I could (a tight feeling). I needed to go for an annual check-up anyway, so I scheduled to see my Primary Care Physician (PCP). Other than being Vitamin D deficient (taking some over-the-counter for this), everything in my check-up was great. My PCP said we would just wait to see if my episode was a one-time occurrence, or if it was going to start happening more often. He told me to call him if it happened again & he would get me an appointment with a cardiologist.
I went all of October & the beginning of November without having another episode. But I had another one on Saturday, November 10. I was doing stuff around the house, so I figured I just over did it a little. But I still called my PCP on Monday & I had an appointment with a cardiologist for that Friday.
My cardiologist was REALLY nice. After checking my records, asking me questions, & running some tests, she told me I have Superventricular Tachycardia. And then she put it in Tasha terms (without me even having to ask): almost everyone is born with an extra valve in the electrical system of their heart, but not everyone's decides to activate (apparently, mine got bored). So she wants to monitor my heart. And the best long-term option to take care of this is to have a very simple, non-invasive, out-patient procedure called a cardiac ablation...Tasha Terms: they go in through veins in my legs up to my heart & freeze my extra valve. There is a 95% success rate that I will never have another episode again once the procedure is done.
With last week being Thanksgiving week, I did not get my monitor. But while I was waiting, I had another episode (or what I sometimes now refer to as my extra wire activating). I was sitting in the floor of Jamie's room, folding a shirt, so I have NO CLUE why it did it that time.
Let me show you the goods from the box: 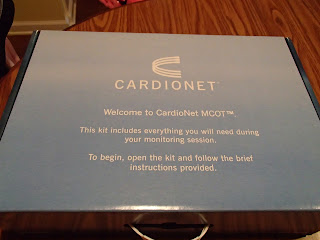 I got a box, inside my box. 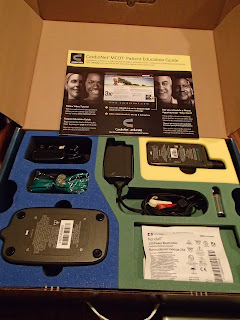 And this is what was in that box when I opened it. The monitor.... 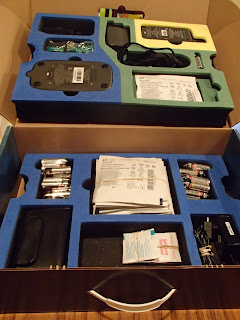 ...with extra supplies under it. 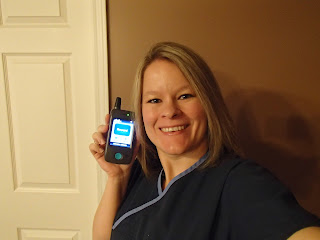 This is what I look like wearing it....you can't even see it cause it's all under my shirt. I'm holding my little "remote" that I have to fiddle with to record things. 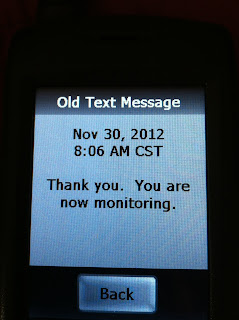 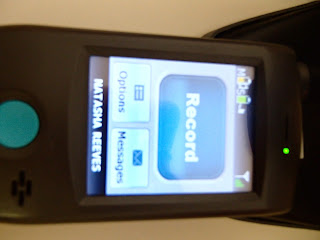 This is what it looks like when everything is running smoothly. But if I have an episode, I am to hit the record button. My cardiologist said my extra wire would probably get lazy & not activate while I was being monitor because they tend to get hard headed when we actually want to see what's going on. But guess what, mine decided to act a fool about an hour after I activated it. Yep, you guessed it, I've already hit my Record button. 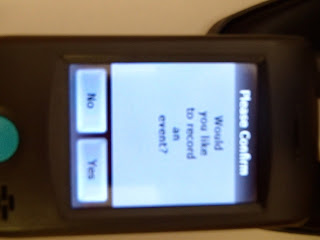 They call it an event & this is the screen I get when I hit record. It wants to make sure I am REALLY sure I want to record an event. 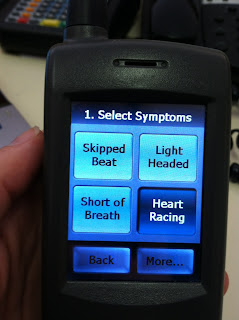 I get to select a symptom or symptoms (there are 2 pages). I am to select whatever symptoms I'm having. 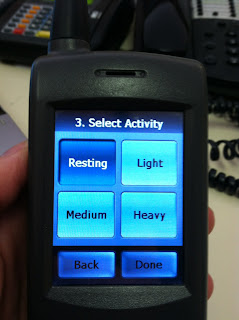 Then I select my activity Level & press Done. 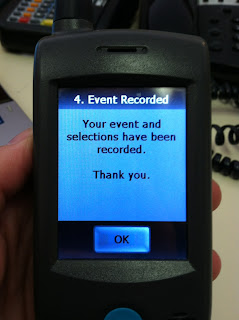 And then it tells me this.
And let me tell you, when this is on the screen: 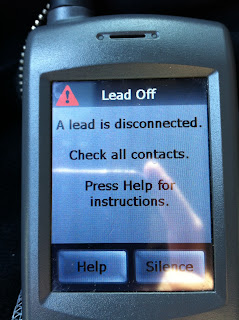 it makes an annoying noise! I tried reconnecting the leads I had on (I have a 3-lead monitor) & even called CardioNet (who I have access to 24/7), but that didn't work so I had to change out the sticky lead pad (which I am to change out every other day anyway).
My thoughts on the monitor itself: I feel like I'm being watched. I am going to be "over" this thing after 30 days. I'm not looking forward to sleeping in it, cause I'm a stomach sleeper...there's a little box (the size of my iPhone) that is connected to my 3 leads that collects the information. I wear it around my neck like a necklace. I'm going to have to learn to sleep on my side for the next 30 days. But I DO want them to figure out exactly what's going on & the very best way to fix it...so I will endure it.
﻿
Posted by A Sunshine Day at 3:37 PM