Monday & Tuesday All Rolled Into One

I decided since I had a minute, I would just blog about Monday & Tuesday all in one.
Monday
So this was Fall Back Monday...you know, the Monday after Day Light Savings Time Ends. The girls didn't have any trouble with the time change. Kayla did try to get up during the old hour of 7, but just sat in the living room quietly while I finished my Quiet Time. I think part of my help with this is that I have put aluminum foil on their windows. Yes, I KNOW it looks silly when outside of their rooms; but it keeps their rooms dark instead of them rising with the sun AND it's WAY less expensive then room-darkening shades.
However, I was TIRED all day....I happened to look up at the clock in the lab where I cut lenses & got REALLY excited that it was almost lunch time: 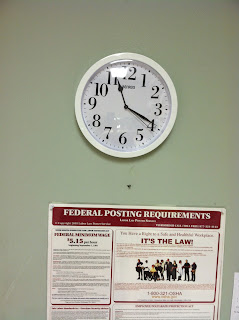 Then I realized this clock had not been changed. I thought that really stunk cause I was getting hungry! My belly was still on old time.
By the way...I do NOT like getting to the house from work after it has started getting dark.... 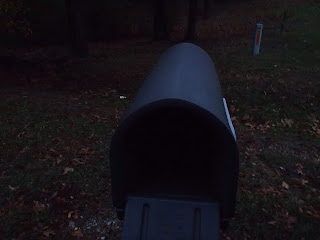 This was my view after work when I was getting the mail.
I was, however, VERY EXCITED to get a text from my friend who invited the girls & I to her house for dinner. She had Taco Soup ready for her & I & hot dogs ready for the girls when we walked in the door. It was nice! 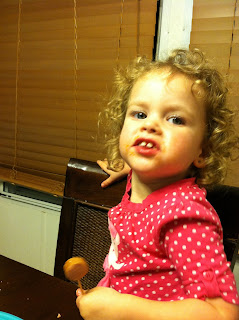 Jamie made hot dog pops with her "sticks" (aka: toothpicks) as she dipped her's in Ranch (don't judge, I do what I need to do to get my girl to eat). 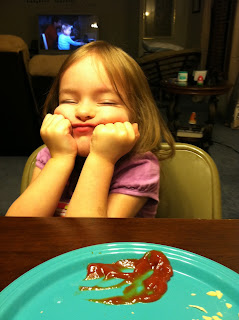 While us big girls were finishing up our Taco Soup & the girls had finished their hot dog pops; they entertained us with silly faces.
After dinner, it was time to start a movie & play! 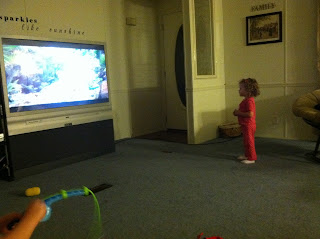 NO matter how many times we watch Chipwrecked, the girls have certain parts they will get completely still to watch, no matter what they are playing. 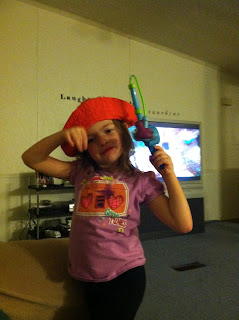 Kayla was styling while she was fishing.
Tuesday
So...it's Election Day. I exercised my right to vote by voting early....and that's all I'm saying about that.
I decided it was Build Your Own Pizza Night [for step-by-step, see previous blog: http://asunshinyday99.blogspot.com/2012/09/build-your-own-pizza-night.html ]
I've mentioned before that I haven't really ever found a store-bought marinara sauce that I'm in love with. Well, since then I have discovered the Tastefully Simple Mama Mia Marinara Sauce Mix & I am happy with it. It's REALLY easy. 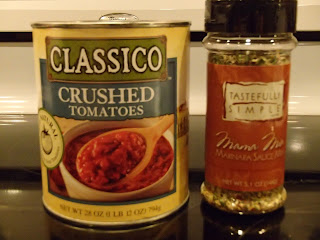 Add 28 oz can of crushed tomatoes with 1/4 cup of mix to a sauce pan. Bring to a low boil; then reduce to low heat, cover, & simmer for 10 minutes. 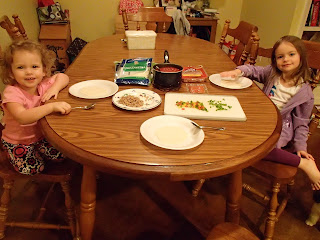 Then it was time for us to Build Your Own Pizza 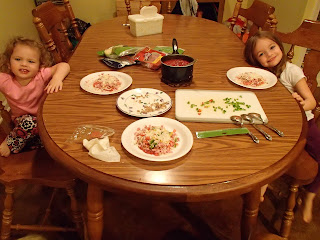 Tonight's pizza toppings: Marinara Sauce, Cheese, Pepperoni, Jimmie Dean Sausage, & Diced Ham for everyone, & added Bell Peppers for Mommy's only.
Tonight I used Grands Jr. Biscuits as our crust. It was a GREAT idea as it provided for the PERFECT size....UNTIL I had to transfer the pizzas from the building plates to the Pizza Stone. An uncooked biscuit does not provide ANY support for transferring to a different surface. I made it work though....may build on aluminum foil if I do this type of crust again & just put the aluminum foil onto the pan.
I only used 3 of the 5 biscuits to make the pizzas & was like, what the heck am I going to do with 2 biscuits?!?!?! I didn't want to be wastefully & throw them away, so I decided to go with a spontaneous dessert. 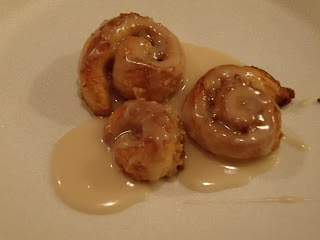 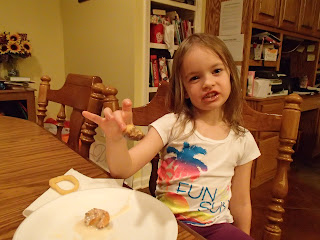 Kayla thought they were pretty yummy!
I cleaned up the kitchen & the girls watched: 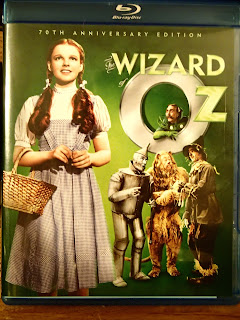 After I got them to bed, I decided to do a little workout....I used my Abs App: 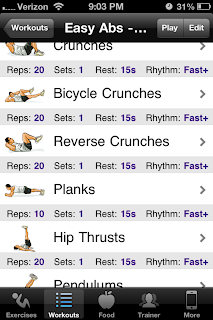 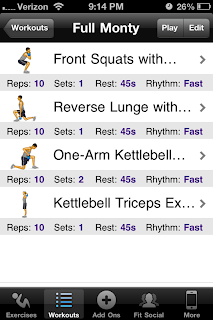 I've just gotten Kettlebells & I'm excited to use them. It's a great workout to burn calories pretty quick. I started out slow. I'll keep you up on how this goes....but feel free to ask!
So how has your life been since the Fall Back in time????
﻿
Posted by A Sunshine Day at 10:19 PM